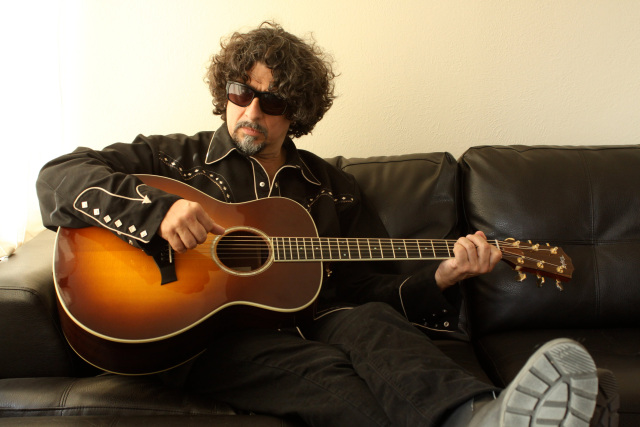 Dan is coming back to kick off 2020 with us and you won't want to miss it!

Join us Feb 22 at 4:30 for our first house concert of the year with live music by the talented Dan Navarro. Tickets are $20.00. National Margarita Day drink specials and a Taco Bar!

“Dan’s music is written with a lot of heart. It’s honest. It’s real.” AND...it's really, really GOOD. Coupled with his storytelling and witty personality this is a show you won't want to miss.

Dan started as a songwriter, for artists as diverse as Pat Benatar (the Grammy-nominated “We Belong”), The Bangles, Jackson Browne, Dave Edmunds, The Temptations, Dionne Warwick, and Austin outlaw legend Rusty Weir.

In the 1990s and 2000s, he and Eric recorded and toured as the acclaimed acoustic duo Lowen & Navarro until Eric’s retirement in 2009. Dan has transitioned smoothly into a busy solo career over the past decade, touring nationally.

He has a parallel career as a voice actor and singer, in films like  Pirates of the Caribbean 5, The Book Of Life, Rio (on the Oscar®-nominated “Real In Rio”), Happy Feet, The Lorax, Ice Age (2 & 3): records with Neil Young, Andrea Bocelli, Luis Miguel, Jose Feliciano, Janiva Magness, and Jon Anderson of Yes; and even hit video games such as Red Dead Redemption. This is a show you won't want to miss!